I painted the space needle in one form or another about 5 times. Later I would sell them all underneath Troll bridge.

The day before I departed Seattle for Belllingham It finally rained. Which was welcomed by locals and tourist alike. Because I was displaying artwork out doors, rain was a bit of a monkey wrench. Luckily I was given a tip by a friend in SF, about a troll who lived under a bridge near by. Rain? no problem! I posted up under ther bridge, next to the troll. 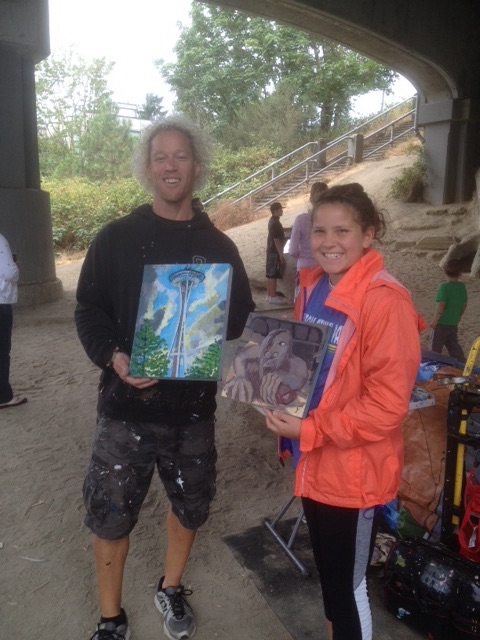 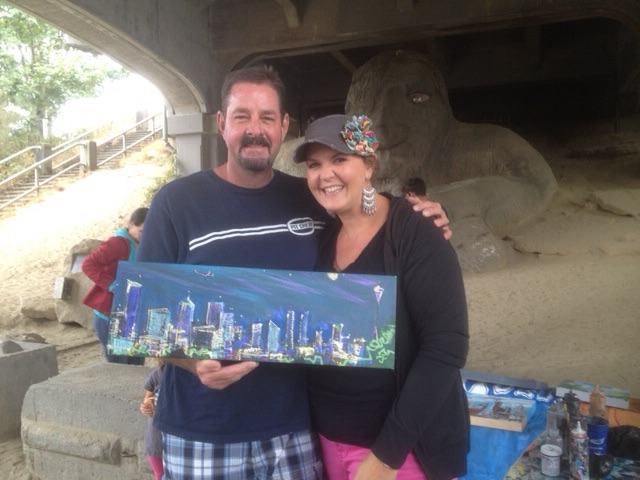 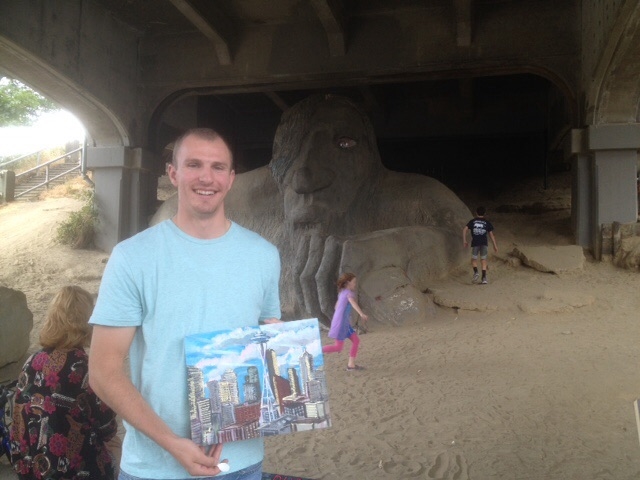 For two days me and the Troll were homies, fixtures under the bridge, which provided me with shelter and close proximity audience of potential patrons. I made a few paintings of the troll and sold almost every Seattle born painting I had with me. Made enough to get to Vancouver!

The troll donated to the EAQ! Awesome